I visited Ujjain this year for a friend’s destination wedding. I found the whole Marwari wedding affair overwhelming and at times too fancy. But it was a novel and educational experience at the very least.

Ujjain also happens to be a renowned Hindu pilgrimage centre. How did I know that? Wikipedia! 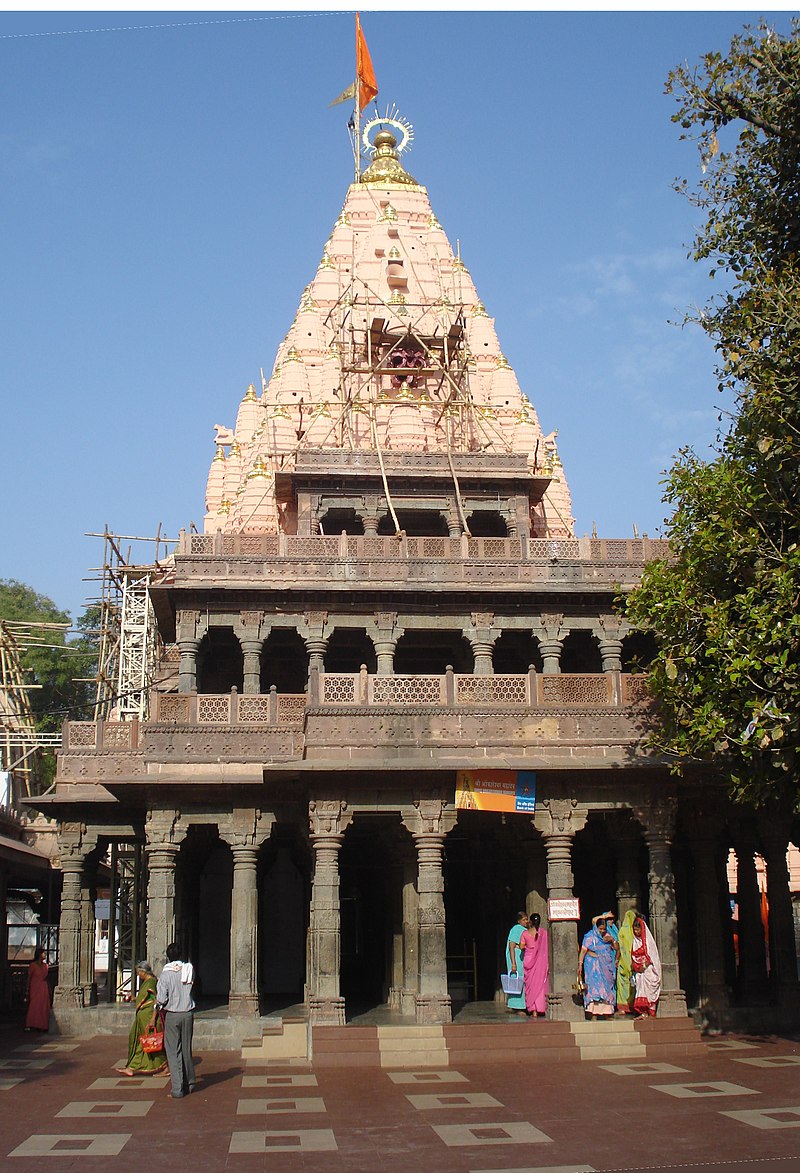 On the last day, my friends and I had the entire morning free and the Mahakaleshwar Jyotirlinga temple was only a few kilometres away. We decided to make a small religious trip because Google said this was one of the must do things in Ujjain.

Like all important temple cities, the economy is an interweb of all religion-ancillary services: Accommodation for the pilgrims, transportation, a million different offerings for God at these temples, Pundits and the list goes on…

Its 7 am in the morning when we arrive at the temple location, it’s cold. The rickshaw ride was a war against the chilly winds and I had made the wrong wardrobe choices by wearing a half-sleeved t-shirt. But what was I complaining about; people make perilous journeys through the Himalayas to Amarnath, in the hope of achieving salvation. A cold rickshaw ride was a first world problem in comparison.

As we sipped hot tea, which pleased my insides, the tea vendor informed us that our phones weren’t allowed inside the temple premises. Complicated temple rules all over this country! No Photographs! No phones inside! They’re justified to be honest in setting up these inconvenient rules and regulations. There are terrorists planning to bomb religious places all the time.

The tea vendor offered to keep our phones in his possession during our time inside the temple. I’m not suspicious person innately but handing over phones to this person who could have easily been an extra in Sholay as one of Gabbar’s henchmen wasn’t really a comforting thought. He didn’t have lockers. He had a big bag where he collected phones from devotees. This was a common practice supposedly. There were a bunch of vendors doing the same thing. And people around us were actually following through on these offers and handing over their phones to these vendors like they were candy and then proceeding towards the entry gates. My friend and I looked at each other trying to make sense of this dilemma and within a split second, mutually without any spoken words we decided to go with the flow. So after handing over phones that had collectively cost us 80000 INR approximately, we moved on to seek the Lord’s blessings.

It was early morning and there weren’t as many people. So it was going to be a smooth and fast process overall. I was glad we’d avoided “rush hour” devotee traffic. I literally sprinted with my long legs much to the annoyance of my friend who took relatively short steps as we moved ahead in the queue. The zig-zag metal arrangements to manage devotee queues are always a fun experience for me to navigate. We’re moving but are we really going anywhere? That’s often the case in life too.

Though my physical body was engaged in the quest to reach the holy Shivlinga, see it, bow before it, say my usual prayers and then chart the course towards the exit, my mind was still fixated on the fact that my phone was not on my body. It was far away, outside the gates, with a man whose name I didn’t know, whose contact details I didn’t have and given my inability to remember new faces, I could never describe him to a police officer if the need for such dire steps ever arose.

The entire time I was inside the temple, having travelled almost 600 km from my home to be here, I was thinking about my phone with that man. The only time I guess I deliberately tried to not think about it was when I was bowing my head with my hands folded saying my prayer when I finally reached the inner sanctum of the temple where I could actually see the real deal- the Shiv Linga.

Our journey towards the exit was far shorter, given the fact that now getting my phone back was the only item on my agenda and my feet moved accordingly.

This isn’t a mystery thriller. I did get back my phone. I had another cup of delicious hot tea that I savoured even more as I celebrated the reunion with my phone.

But the rickshaw journey back to our hotel was a much more sombre experience. I realized that the material world had me well trapped in its tentacles and I wasn’t even remotely ready for salvation, yet.

6 thoughts on “Salvation, not yet!”