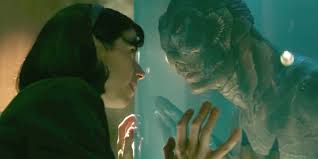 I came out of the theatre forgetting about all the award season clamour, utterly mesmerized and emotional by the spectacle I’d just experienced. Never before had I been so immersed in what a director had envisioned and produced on celluloid.

It’s often assumed, that love stories make the most impact on our lives, out of all the movie genres.And I’m confessing that the myth is true.
But this movie goes beyond just being a love story. It’s a fantasy, it’s sci-fi, it’s a musical, spy thriller, period piece, and a horror movie.

It’s an amalgamation of all these genres and the resulting concoction is the most delectable cocktail you’ll ever drink.

The music in the movie, every note in the background, every lyric of every sweet song played will pull you deeper and make you want to stay there for eternity. I drove home from the movies, with the theme playing on the loop all along the 40-minute journey. I wanted to stay under the spell that had been cast, which I didn’t want to be broken even after the end credits had begun rolling.

The dialogue or rather lack of it will hauntingly stay with me. Elisa furiously in despair tries to communicate her feelings about the creature in sign language to Giles, and Giles provides us words to comprehend: “When he looks at me, the way he looks at me… He does not know, what I lack… Or – how – I am incomplete. He sees me, for what I – am, as I am. He’s happy – to see me. Every time. Every day. “

The movie goes once again to reiterate the fundamental fact: if there is potential in any animal in this world to be the most dreadful monster, it’s humans who win hands down.

Giles’ voiceover on the beautiful underwater imagery of their union as the film concludes left me teary-eyed:
“But when I think of her – of Elisa – the only thing that comes to mind is a poem, whispered by someone in love, hundreds of years ago: “Unable to perceive the shape of You, I find You all around me. Your presence fills my eyes with Your love, It humbles my heart, For You are everywhere.”